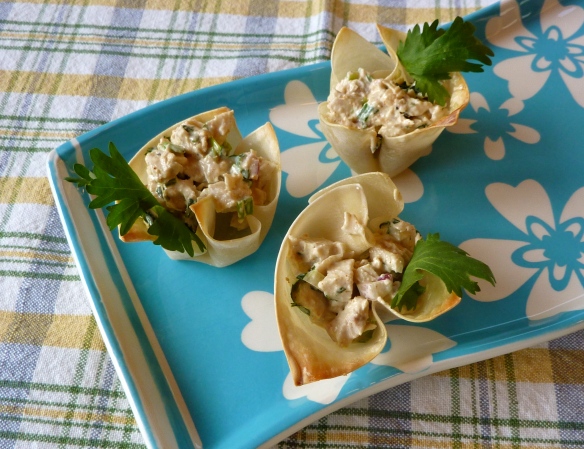 There are certain flavor combinations that I find magical.

Sometimes these are flavors that take each other up a notch when combined in sequence – like Roquefort with a good Cabernet Sauvignon.  Both the cheese and the wine are excellent alone; yet, when you pair them in the right proportions by eating them sequentially, each one enhances the other.

Sometimes flavors combined together (rather than eating in sequence) modify the individual flavors so much that they seem to create a new taste – like papaya with lime juice.  To me, papaya combined with lime creates a hybrid fruit flavor that is superior to either individual flavor.

Other flavor combinations are best used to enhance the flavor of a third food – like great sauces, dressings and marinades.

One of my favorite combinations for enhancing another flavor is lime and cumin – particularly with a bit of fresh cilantro.  This Mexican-influenced flavor blend is quite typical of the wonderfully pervasive way that Mexicans use lime in cooking.   My Mexican friends have taught me to combine lime with fruits (papaya, melon), seafood (shrimp, squid, crab), meat (chicken), vegetables (corn, avocado) and, of course, tequila (Margarita).  I particularly like lime and cumin with chicken – either as a grilling marinade or as a dressing. When used as a dressing, as in the recipe below, I like to include a rich vehicle (like mayonnaise) for better “mouth feel” and to contrast with the tang of the lime.

This recipe is the second in my three-party series for my DO-AHEAD PARTY FOR A CROWD – EASY APPETIZER MENU.  You will find  PART ONE HERE  and PART  THREE HERE. 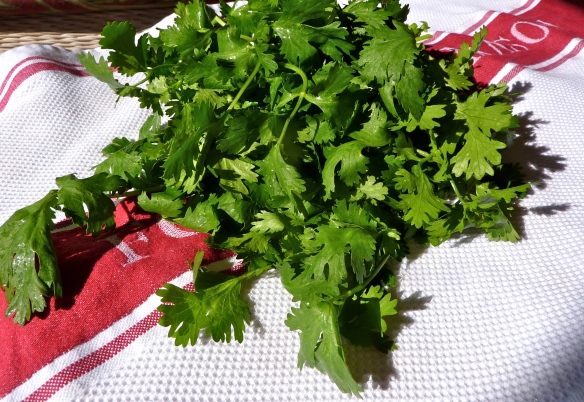 This is a very easy do-ahead party recipe and is well-suited to a party with typical bite-size hors d’oeuvres.  Both the salad and won ton cups can be made the day before and assembled just before guests arrive.  (This chicken salad also works as a do-ahead recipe for a light lunch buffet when served in a bowl with small rolls for making sandwiches and perhaps a bit of corn salad.)

Recipe By: A Global Garnish, LLC

1. Bring chicken stock to a boil and return to a very low simmer.  Add boneless chicken breasts or chicken tenders (I prefer tenders) and simmer until cooked through.  Drain and cool.   Chop chicken into fine mince.

NOTE:  If you are making large quantities of this recipe or are in a hurry, you can mince the chicken with the chopping blade of a food processor.   I prefer the mince chopped with a knife – for appearance (shown in photos here) and texture.  But sometimes there just isn’t enough time to do the manual chopping.

2. While chicken is cooling, mx the mayonnaise with the lime juice, chili oil, salt, cumin and  sugar.  (Use less salt if you are making this salad for sandwiches rather than bite-sized tastes, where you want a bit more flavor punch).  Mix in the red onion, scallions and cilantro.  Add the minced chicken.  (For food safety, always be sure foods are completely cool before adding to mayonnaise).  Taste for seasoning and adjust if needed.  Chill in refrigerator.  Can be made one day ahead.

3. While chicken salad is chilling and flavors blending, make the wonton cups.   These will be baked in mini-muffin tins.  I recommend Demarle Flexipan mini-muffin pans as greasing is unnecessary and wonton cups can be easily removed without breaking. If you use metal pans, brush pan with a bit of vegetable oil.

4. Preheat the oven at 370 degrees.  Use the square won tons right out of the package (3 1/4 inch squares) or use a round cutter to trim the squares so they fit below the top of the muffin cups.  The advantage of squares is that they look pretty, but you’ll need to keep a close eye on the baking time to avoid burning the corners.   The rounds bake more easily and form nice neat little cups but don’t have the elegant appearance of the squares. 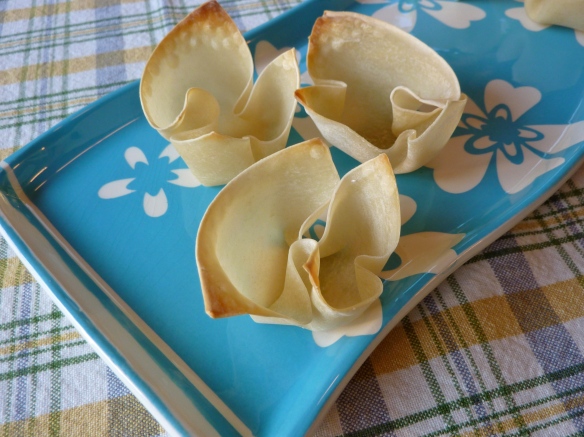 6. Fill won ton cups with a spoonful of chicken salad.  Use a small spoon to avoid getting salad on the cup edges.  Garnish with a small sprig of parsley or cilantro.   If necessary, chill (covered) in the refrigerator for up to an 2 hours.   Best made as close to serving as possible.

NOTE:  This recipe can be made a day ahead.  Store the finished chicken salad in the refrigerator; keep baked won tons in an air-right container at room temperature; and have a bunch of washed parsley or cilantro for garnishes.