Welcome to A Global Garnish and my world of food and travel.

I’m old now, but as far back as I can remember, I was food focused. When I was a kid, at the dinner table, my sister used to surreptitiously feed me liver, eggplant, lamb, turnips, or whatever else she considered too exotic for her young palate.  Nothing was too weird for me to try — as long as I beat the dog to the under-the-table food pass.

Village in the Foothills of the Atlas Mountains – Morocco

My food focus became an obsession when I was 18 years old and roaming Morocco with a friend. A meal in a Moroccan Riad altered my understanding of taste and flavor boundaries forever.  I learned that all  you had to do was to keep exploring and traveling and you were likely to find a new taste treat around most any corner.

Four decades and two careers later, I can still remember that Moroccan meal, and I’m still exploring the world of food — whether in my neighbor’s vegetable garden or the far reaches of the globe.

I knew it was time to retire from my three-decade career as a scientist when I was as  interested in the food I was eating on my international business trips as in the work I was doing.  So, at age 50, I went to culinary school, surrounded by hopelessly-energetic 18-year-olds.  Then, thanks to a bit of chutzpah and unbelievable luck, I worked for two thrilling years as a prep cook with some of the best and brightest — at Vie Restaurant (now a Michelin Star restaurant), and for nearly five years as a private chef.  I’m not sure which was more exhausting. The food business is not for the faint of heart or the over-50 crowd — no matter how much you love it.

So, I quit the food business and moved to the beautiful Worcestershire countryside in England with my husband.  It was convenient to say that I quit because of our move rather than admitting that my joints were screaming at me — although both were true.

Now, I continue to travel and write about foods I discover — sharing tricks I have learned from culinary school and the food trade.  It is so much easier than working in the food business…. 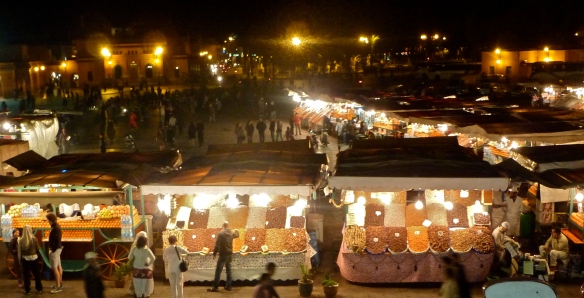 PHOTOS:
All photos are mine.  Please ask permission if you would like to use any of them.